I’ve been slightly troubled lately about a personal issue. After some considerations, I’ve decided to share it with you here.

At the dawn of new year, I’ve begun to seriously wonder if I should become a British citizen, after living in England for nearly 16 years.

Many people who have known me are surprised that I’m still not British. I’m a proud Malaysian and I was born and bred there, until I went abroad to study at the university. I’ve now spent many more years abroad than the time I had spent in Malaysia.

To many, to gain a western passport is a glory, an achievement in itself. I’ve never thought that way, however. I stubbornly feel that your passport is the statement of your identity, representing your root, your past, and, your dreams. It’s never crossed my mind that I need to ‘upgrade’ myself to become British.

I’m also a proud resident here in the UK. I have a respectable job as an academic, I pay tax, I drink English tea and I can describe the English rain using different words, such as spitting, drizzle, chucking it down, pelting down, bucketing down, spot of rain, soft rain, hard rain, shower, deluge ……. 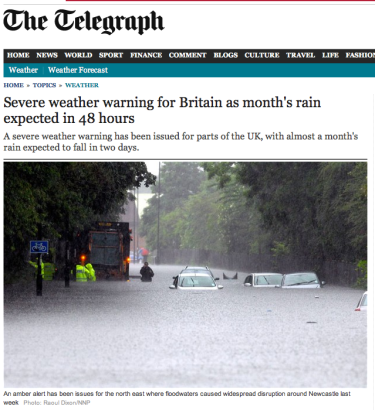 In early 2011, I was surprised to be called by Her Majesty to perform the jury service. In spring 2011, I performed my 2-week duty in a distinguished Crown Court as a juror. I remember vividly I spent a whole week gazing adoringly at the young, dashing attorney who spoke posh upper-class English. Even his wig looked cute. And his client won of course. It was a tremendous honour and I would say my jury service was definitely the highlight of my life in this country. I wouldn’t mind being called again.

Without being a British citizen, I can vote, become a jury, have equal rights at work. Why change?

First, my dread of passport renewal. Every five years once my passport is due for renewal, I have to either travel far to the Malaysian Immigration Department in London, or fly back to Malaysia to get it done. It’s extremely troublesome and I would spare you the boring details. I had renewed my passport a few times; it was costly (plus travel fees to London — peak time travel cost) and the experiences were never pleasant.

Second, what if I want to travel to Israel, to see The Dome of the Rock, the Jerusalem zoo, or to feel the warmth of the Dead Sea? You can see on page 2 of my passport, as a Malaysian citizen, I’m not allowed to travel to Israel. “This passport is valid for all countries except: ISRAEL.”

My Malaysian passport states that I’m banned from visiting Israel.

This restriction saddens me more than it infuriates me.  I may never visit Israel, as I haven’t even visited nearer places such as Glasgow, Newcastle, Dundee, Birmingham, Ireland, Spain…yet. However, with a Malaysian passport, my right to visit Jerusalem has been taken away from me.

Like the temptation from the forbidden fruit, I may visit Israel one day, to appreciate its beauties, its unique charm, its depth in culture and history, and to prove that I’m a person with a free will. To achieve that, having a British passport would be handy.

Third, am I still connected to Malaysia? Emotionally, certainly, some of my most precious memories are there. But, is emotional attachment sufficient enough to keep me hinged on the citizenship? Our old house had long gone, friends scattered, sweet love lost. In 20 years’ time, am I likely to ‘return’ home, like some people do to retire after a lifetime abroad? No. I love the English weather so much that I have no intention to leave.

However, to apply for British citizenship, I must pass the Life in the UK test. I’ll need to study hard for 2 weeks to cram all facts in. Am I going to succeed? 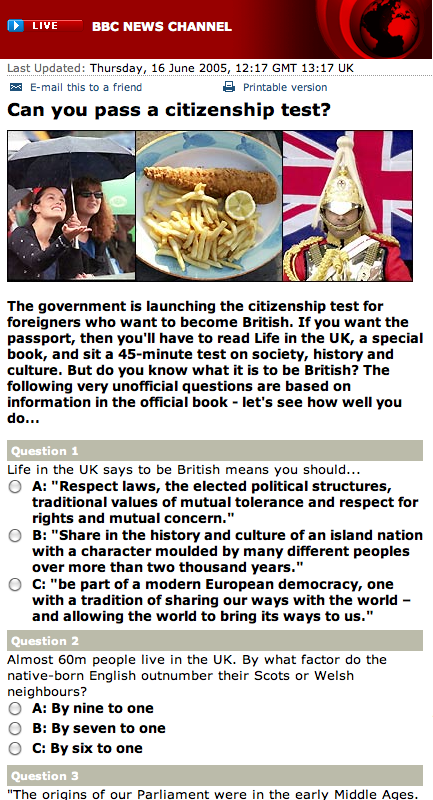 Will you pass the test?

These are some of the questions for the Life in the UK test. Will you pass the test? Be honest. It’s the New Year.

Source for the above test

85 thoughts on “Am I British enough?”