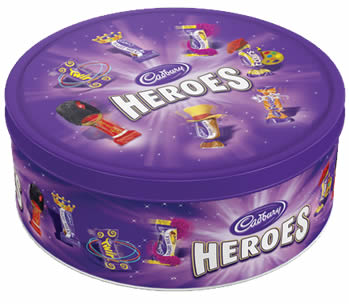 “Everyone must have a hero,” said the vicar in jeans.

Once a month, the local church that I attend holds a Family Service.

It’s informal — lyrics were projected to a screen, pop music and video were played during contemplation. No choir, no communion, no hymn book, no organist, no Bible reading, no praying from a list, no collection. It’s meant to encourage different types of worship in the church, especially encouraging parents with small children to come to the church. However, I’m told that some adults dislike the craziness of Family Service, and they choose not to attend when the Family Service takes place.

Today is the Mothering Sunday in Britain (i.e., the Fourth Sunday of Lent, since you asked.) and the church was packed with parents with small children. As this service also highlighted the baptism of a baby, the polished car park was full. Each pew surprisingly sat more than 4 people and handbags and scarves used for avoiding strangers had to be swept to the floor. The rare sight of prosperity in this old church today was a far cry from a normal service generally dominated by people with a free bus pass.

It was an auspicious day for the to-be-baptised baby and his family dressed rather formally. All men wore suits and some ladies wore attire suitable for a glamorous wedding. Our young and energetic vicar used to be a successful businessman and he is a master in public speaking and is excellent in crowd control. He wasn’t bothered by babies’ cries and toddlers who were fed sweets by their mother during the service. When he held the baby and poured water on the baby’s forehead, the baby didn’t even cry. It just showed what a charismatic man he was. In contrast with the formality of the baby’s family, however, the vicar wore a pair of jeans and a jumper with a hood (a hoodie).

When this baby grows up, he’ll see from the video that he was baptised by a vicar in jeans and a hoodie from an Anglican church.

The service today was different and it was enjoyable. Everybody received a small bunch of flowers. “Because everybody must also have a hero, so there’re some Heroes (chocolate) for all of you too.” There were cheers for the vicar in a hoodie.

p/s: Updated 12 March 2013 : I’ve just been corrected by my friend Hazel — Hazel is my trusted local historian, and she even knows Colin Firth’s English teacher. Ok. Hazel told me that the ‘vicar’  in my post who was in jeans and a hoodie, is actually the ‘priest’ of the church, an assistant curate in training, not a vicar. I’m sorry that I’ve got his title wrong. I’ve been to the church for a few years, and I’m still not familiar with the people according to their hierarchy and different job titles (eg. bell ringer, warden, Reader……).

7 thoughts on “What should a vicar wear on a Sunday?”